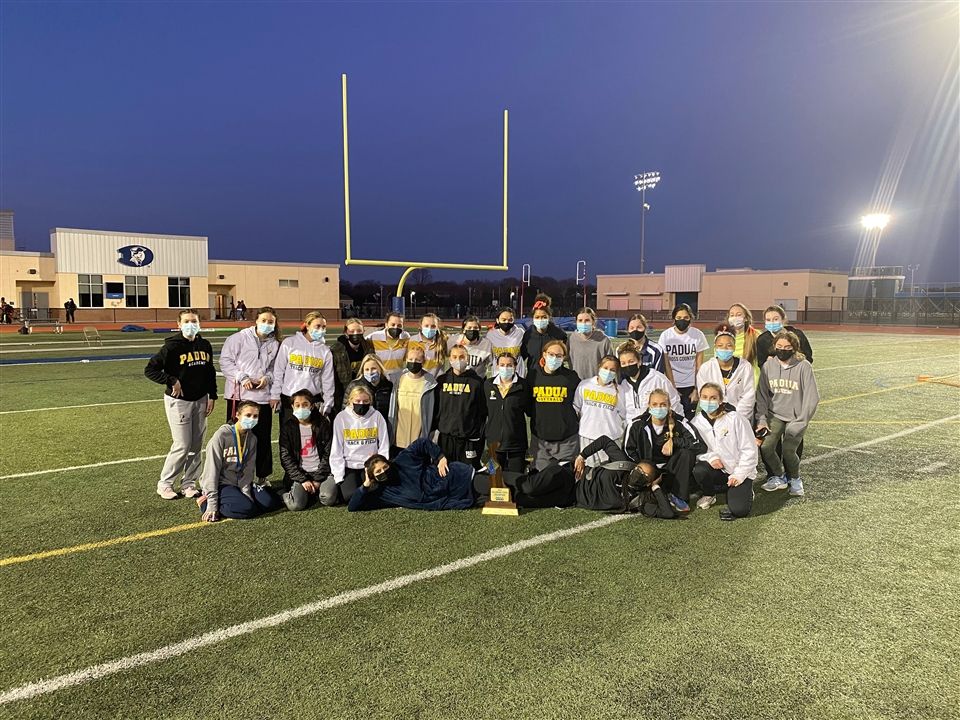 3/7/2021
During a year full of unknowns, the Padua Track & Field athletes stayed focused on their craft and were able to finish their winter season celebrating their 9th consecutive team title, providing some much needed joy to the girls as well as to their family, friends and fans of the sport.
It is typical for the girls winter track & field team to practice outdoors but it is not typical to compete outdoors. It is also not typical to be banned from traveling out of state for invitational type events where the girls get the much needed race experience to excel in their events. Finally, it is not typical to have to throw together a meet based on that week's weather forecast all the while attempting to manage a productive training plan around the moving target meet dates because the weather is "so dependable." Despite all of this, the Pandas remained determined to find a way to train and compete in a sport that they love, always maintaining hope that there would be an opportunity to compete in a state tournament at the end of the season.
And compete they did, with all their hearts and full of Padua pride. The Indoor Track & Field State tournament was held outdoors at Dover High School on Wednesday, March 3rd (what conveniently ended up as the nicest day of the winter season). There are a total of 15 contested events in the state meet, the Pandas won 10 of those events, scoring the 2nd highest point total in meet history. The coaches couldn't be more proud of the girl's efforts.
Panda individual event state champions were as follows.

We are SO #PaduaPROUD of all our student athletes, their coaches, families and friends. Please visit Padua's Facebook page for photos of their amazing achievement.
Back